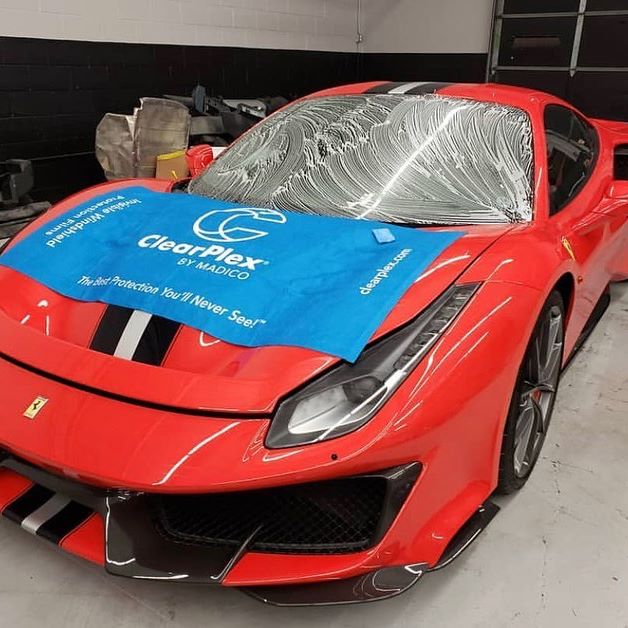 . A razor is able to scratch a dried-out windshield.

Figure 1 – Clean with window razor
 Using a damp paper towel, wipe around the window molding to remove any
debris. Extra care should be taken around the molding for excess debris.
 Use the pro handle with a w/clear max blade or a squeegee to remove the cleaning
solution and debris.

Step Two: Select the ClearPlex Invisible Windshield Protection Film™ for outstanding protection. Measuring the windshield’s width and length will ensure
proper film selection. Place the Invisible Windshield Protection Film™ on the
windshield in the proper orientation (as though it were actually installed with the
release liner against the window and the hard-coated surface out).
Step Three: Trim the film to be fit. Trim the film with the blade angling in for the car windshield size
toward the center of the windshield. Skip steps four and five for a flat panel. Make sure you are using Olfa Cutter or stainless steel knife blade.
Note: A carbon or aluminum blade will chip and scratch the glass surface!

Step Five: Heat Shrink – For non-pre-formed installations or where the Invisible Windshield. In case of unfit Protection Film™, use a heat gun and Wet Edge squeegee
to remove any folds and wrinkles (fingers).
 Wet the windshield with a slip agent.
 Use the squeegee to slowly remove the waterdrops from the center of the film.
 Stretch the film to each side. spread any “fingers” from the sides to the
top and bottom of the film. Attempt to generate smaller evenly spaced “fingers”
across the top and bottom parts of the film. The film is going to shrink much better on the bottom and top instead of on the ends. Also, it is easier to shrinking many smaller fingers is easier than shrinking a few large ones.
 Carefully apply heat with the heat gun to warm the Windshield
Protector™ and begin the shrinking process. Work from the outside
edge on the wrinkle, getting the advantage down very first then high heat coming from the conclusion of the
finger to the outside edge. Use the Wet Edge squeegee’s microfiber
side to carefully confirm the Invisible Windshield Protection Film™ to the
windshield. To check if your film is laying flat on the edge of the film, try moving the existing fingers from here to there. until all the wrinkles are removed. Don’t overwork a location, move the finger to a new
region when needed. Additional solutions may be needed behind the film.

If you are doing the install with only one person or doing the install outdoors use
the reverse roll method to remove the liner. This will minimize the adhesive’s exposure to the elements. Unroll the film upside down. Gently pull the release

returned, spraying as you go, lay the liner back down. Do the same procedure on
the other side. Coat the liner again with a solution and roll the film up.
If you have a glass panel/wall, place the film, adhesive/release liner side out on
the glass. Don’t erase the liner until you’re prepared to set up the IWPF on the windshield.

Note: Spray the adhesive side of the IWPF with a slip agent while removing
the release liner to stop the creation of static electricity. Removal of the
release liner creates a static charge, which attracts dirt and dust.
Starting at one corner, carefully peel the release liner from the IWPF using one
keep your movement continually making sure that you are spraying spilled wherever you move.
Note: Starting as well as stopping while taking out the release liner will cause
lines in the adhesive which could be apparent after the installation.
Take care not to enable anything to are available in connection with the adhesive. If for
For example, any lint or other small object does come in contact, it may be possible to
wash the lint off using the slip agent. 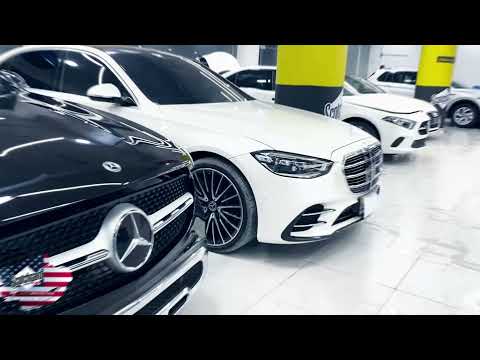